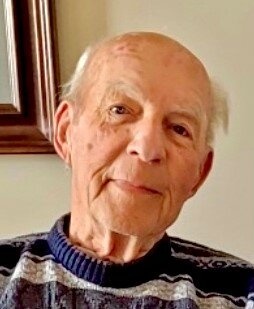 Wayne was born in Peterborough.  His parents, the late Elwood and Muriel (nee Rooke) Pearson moved to Pembroke when he was 2 years old, where he attended school.  He continued his studies at the Ontario Forestry Ranger School learning about species of trees and the natural environment.  He had a lengthy career spanning over 35 years at Stone Bathurst in Portage du Fort, Quebec as a Procurement Inspector.  He really loved being outdoors and sports as a spectator or as a competitor.  Wayne enjoyed golfing and was an excellent bowler, reaching near excellence with high averages and working in his workshop.  Wayne was a proud father, grandfather, great-grandfather who loved his family.  We will miss his love, sense of humour, one-liners and sassiness to his loved ones.

Respecting Wayne’s wishes, cremation has taken place.  Arrangements entrusted to Malcolm, Deavitt & Binhammer Funeral Home, Pembroke. (As an expression of sympathy, donations to Alzheimer Society or Canadian Cancer Society would be appreciated). Online condolences and donations are available at www.mdbfuneralhome.com

To send flowers to the family in memory of Wayne Pearson, please visit our flower store.