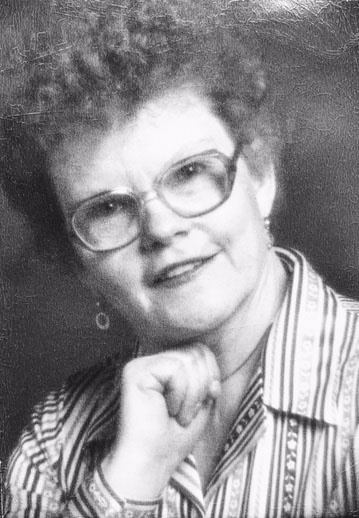 Shirley was born in Pembroke September 6,1928 to Harry Stewart and Janet Isobel Smith. After high school, Montreal became her home. She was employed by Ayerst-McKenna Pharmaceutical Company in Montreal all her adult life until she retired. Shirley never married. She loved travel and made many trips with friends to Europe, Egypt, Israel, Florida and Alaska. Photography was important to her and picture-taking became a way of her life. She had an artistic ability in creating beautiful, hand-made greetingcards from flower-petals, leaves, the needles from pine and cedar and other sundry treasures she collected from the forest. She sent these to friends at Christmas time and other special occasions. Shirley enjoyed people and had a unique capacity for remembering names and particular happenings in her friends’ lives. Her memory for detail was extraordinary; no remote personal fact was lost to her. Vacations to the family cottage on Morrison’s Island and visits with her family in Thunder Bay were frequent and brought her much enjoyment. After her retirement, Pembroke again became her home when she moved back to Centre Street to help look after her widowed mother. Later on, she became a resident of Marianhill Nursing Home until her death.

A remembrance service will be held in the chapel at the Malcolm, Deavitt and Binhammer Funeral Home, 141 Renfrew St., Pembroke on Tuesday, October 17 at 10:00 a.m.  For those desiring donations made to Calvin United Church would be appreciated.  Online donations and condolences may be made at www.mdbfuneralhome.com

To send flowers to the family in memory of Shirley Smith, please visit our flower store.