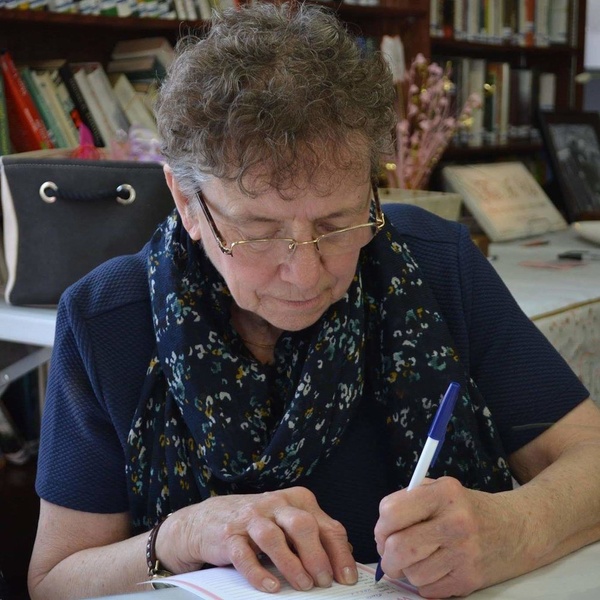 Shirley Dea died in the early morning of November 3 at the Marianhill hospice in Pembroke, Ontario after a long illness.

Shirley, the daughter of Glen Martinsen and Dorothy Martinsen (née Payne) and sister to Keith and Ken (Sharon), was born and grew up in Ottawa. She married her high school sweetheart, Philip (Joe) Dea.

Shirley held a number of jobs over the years, including at the National Library of Canada, but her main vocation was as a parent and foster parent. Over the years, Shirley and Phil (and later, just Shirley) offered a loving (busy!) home to generations of children. The heart of the home was the large dining room table, which supported many cups of coffee, many crafts and games, and many Jell-o salads. Shirley spent as much time on the crafts and games as the kids did, and was quick to join the baseball and volleyball games that regularly broke out in the back yard.

Raised by her British housekeeper mother to be “proper”, Shirley was always tolerant of, if frequently embarrassed by, the foul-mouthed, boisterous sense of humour Phil and the kids shared. She did not participate in the family’s periodic pranks and watermelon fights, but she bore them with generous aplomb.

After Phil’s death in 2005, Shirley moved to Pembroke, Ontario, where she built a new life full of dear friends, painting, creative writing, yet more crafts, and a book club that somehow never read any books (even though Shirley herself was a lifelong voracious reader).

Shirley hated funerals and made her family promise not to have one for her. In accordance with her wishes, the family will drive to a little town on the shore of the St. Lawrence River to inurn her ashes with Phil’s, and then head out for Chinese food. We hope her friends also find good ways to remember her together.

Donations in Shirley’s memory may be made to the Canadian Cancer Society. Her family extends deepest gratitude to Dr. Katie Forfar, and the staff of Bayshore Home Health and Marianhill for their care of her in her final days, and to her many friends for their messages of love and support.

To send flowers to the family in memory of Shirley Dea, please visit our flower store.