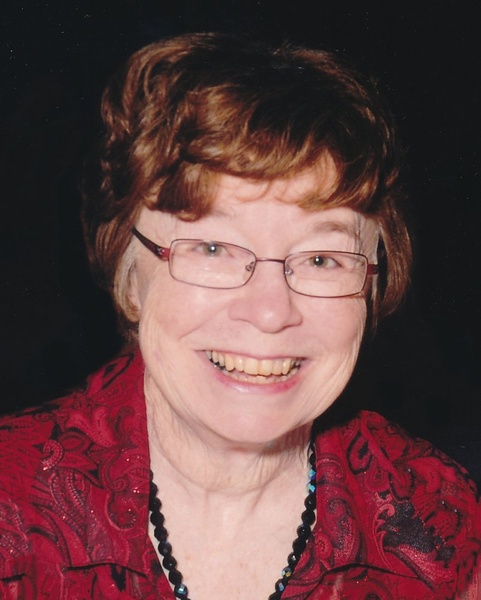 It is with great sadness that we announce the death of Sherry, after years of declining health. She leaves to mourn her son Bradley (Marlene); and her siblings, brother Robert (Leslie), sister Wendy (George) McCormick, brother Steven (Katherine) and brother Scott; as well as nieces and nephews. Also saddened by her loss are Mardi and Kevin O’Brien. Sherry was born April 30, 1947 in London, Ontario, first daughter of Elizabeth Doreen Machum and Douglas Herbert Mitchell. She attended elementary schools in Whitney, Ontario and at Highview in Pembroke, Ontario and she completed her high school education at the Pembroke Collegiate. She received her teaching certification from the Ottawa Teachers’ College in 1967 and began her teaching career in Sault Ste. Marie. After moving back to Pembroke, she taught at Victoria, Laurentian, and Hillcrest Schools. Sherry was an ambitious person, always striving to attain higher goals for herself and encouraging others to reach beyond the norm. In 1978, she and three other women started an organization to encourage other women to strive for positions of added responsibility. This group was named the Women’s Initiative Network, WIN for short. The main aim was to rise above the “glass ceiling” at a time when most positions of added responsibility were occupied by men. In 1979 she attended the Principal’s Course in Kingston and finished that certification in Ottawa in 1980. She was subsequently appointed to a Vice-Principal position in Deep River and later at Rockwood School near Pembroke. She also served in various positions in both the local and the provincial Teacher’s organization, known at that time as FWTAO (Federation of Women Teachers Associations of Ontario). Always open to new adventures, in 1983 Sherry started a restaurant called O’B’s Roadhouse. This was a popular restaurant with excellent food. After 14 years it was sold and after retirement from the Renfrew County Board of Education, she moved to Ottawa and did supply teaching for several years and then was employed as a Liaison Officer by the University of Ottawa mentoring and supervising student teachers. Sherry led a busy life, she loved to travel and after she was diagnosed with Chronic Fatigue Syndrome, she spent several winters in Florida and later after a diagnosis of Parkinson’s, she moved to Mexico to escape the extremes of cold and hot humid weather in the Ottawa Valley. Sherry was a talented artist and painted many beautiful pictures which she generously shared with family and friends. Sherry will be fondly remembered by many students, parents, colleagues and friends.

Friends are invited to share remembrances of Sherry at the home of Heather Wilson at 646 Bruham Ave, Pembroke, Ontario on Sunday October 14 from 2 to 4 p.m. In remembrance of Sherry, donations to the Parkinson’s Society would be appreciated.

Gratitude unlocks the fullness of life. It turns what we have into enough, and more.

It turns denial into acceptance, chaos to order, confusion to clarity.

It can turn a meal into a feast, a house into a home, a stranger into a friend.

Gratitude makes sense of our past, brings peace for today, and creates a vision for tomorrow.

To send flowers to the family in memory of Sharon "Sherry" O'Brien, please visit our flower store.