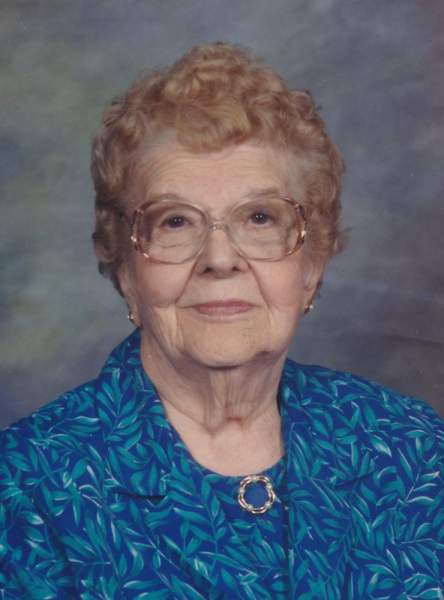 Kennedy, Ruby Marion (nee Biggs) Passed away Thursday November 17, 2016 in Marianhill, Pembroke at the age of 95. Dear wife of the late Cecil C. Kennedy. Loving mother of James (Vanda) Kennedy and the late Robert Kennedy, and mother in-law of Edwina (Willard) Schwantz. Proud grandmother of Bradley (Courtney) Kennedy, Richard (Catherine) Kennedy, Laura (Tom) Blake, Amy (Mike) Emerson and Holly (Colby) Espinola. Great-grandmother of serveral great-grandchildren. Daughter of the late Hugh A. and Ida A. (nee Rucks) Biggs. Survived by sister Rachel (the late Charlie) Hutt and brother-in-laws John Lynn, Jack Kirby and Bud (John) Nicholson. Predeceased by sisters Hazel Lynn, Ruth Kirby and Joyce Nicholson. Ruby will be remembered as a founding member of the Alice Women's Institute, as being active in the Women's Missionary Society and the Ladies League of the First Presbyterian Church (Pembroke). Visitation will take place at the Malcolm, Deavitt and Binhammer Funeral Home, 141 Renfrew St., Pembroke on Friday, November 18, 2016 from 7-9 p.m. and again Saturday from 12-1:45 p.m. A funeral service will take place in the chapel on Saturday at 2:00 p.m. In lieu of flowers donations to the First Presbyterian Church (Pembroke) would be appreciated. Online donations and condolences may be made at www.mdbfuneralhome.com
To send flowers to the family in memory of Ruby Kennedy, please visit our flower store.