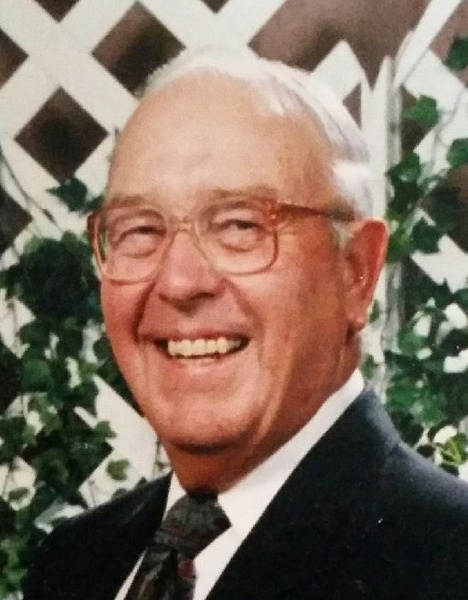 BIGGS, Reginald Knight – passed away at the Pembroke Regional Hospital on Sunday, April 26, 2020 in his 95th year.

Reg was born on September 03, 1925.  He was the middle child of 5, raised on the family farm west of Pembroke.  As a young adult, Reg acted in several 3-act plays around the Upper Ottawa Valley.  Social times were had on the farm, swimming in the creek and skating on the rink.  Reg had a love for the farm and carried on running the successful pedigreed dairy operation, nineteen of those years with his business partner John Platt.  Over the years, there were many prestigious awards won at the county holstein shows.  Reg served as President of the Renfrew County Soil and Crop Improvement Association, as well as a County Director of the Ontario Federation of Agriculture.   Reg felt it was very important to give back to the community.  He enjoyed volunteering at the Champlain Trail Museum and Pioneer Village, the historical society, the boys and girls club and with Camp Lauren in Deep River.  Reg loved woodworking and antiques and was an integral part of the antique display at the Renfrew County International Plowing Match in 1994.  Reg married Amy, the love of his life, in 1978, and they enjoyed many happy years together enjoying family and friends, square dancing with the Swinging Swallows group and traveling.  They were long time active members of the Wesley United Church.

To send flowers to the family in memory of Reg Biggs, please visit our flower store.