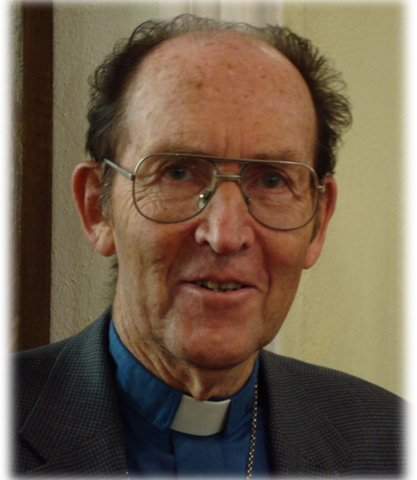 Orlen was raised in the Niagara area before setting out on a nearly six-decade-long path of serving God as a Lutheran pastor.  After a year of vicaring, four years in North Bay, nine years in Windsor, Orlen then came to St. John's Lutheran Church in Pembroke where he served as pastor for 25 years from 1971 to 1996.  He and Roberta went to South Africa to serve a Lutheran church on the outskirts of Johannesburg.  After a year, they returned to their home where he served twelve years at St. John’s Lutheran Church, Germanicus.  In 2015, Orlen was honoured for his 55 years of faithful service to the Church.  Orlen’s faith and committed service demonstrated his caring nature and willingness to service others – regardless of their background.

Orlen had a zest for life, a deep faith in God, a patient disposition, and respect for all.  His fondest work memories include living by his favourite Bible verse: “For it is not ourselves that we preach, but rather Christ Jesus the Lord; ourselves but your servants on account of Jesus.” (2 Corinthians 4:5); visiting the hospital, nursing homes and the Pembroke Jail; playing hockey against the Flying Fathers; serving in South Africa; working with the Ministerial Association of Pembroke; serving on the Pembroke Civic Hospital Board and spending time with parishioners, both within the Church walls and out in the community.

When he wasn’t serving as pastor, Orlen enjoyed physical activity and playing sports, including horse-back riding, hockey and baseball; giving swingy rides to his grandchildren and great-grandchild; and celebrating all things that brought family and friends together. He was a loving husband, supportive dad, proud Pop, and inspiring pastor.

Visitation will be held on Wednesday, April 18 & Thursday April 19 from 2 to 4:00 and 6 to 8:00 p.m. at St. John's Lutheran Church, 357 Miller St., Pembroke, where a Funeral Service will be celebrated on Friday, April 20, 2018 at 10:00 a.m.  Interment in St. John's Lutheran Cemetery, Pembroke.  May Orlen rest in peace.  In lieu of flowers, donations to the Memorial Fund at St. John’s Lutheran Church, Pembroke or the Heart & Stroke Foundation would be appreciated.  Arrangements entrusted to Malcolm, Deavitt & Binhammer Funeral Home, Pembroke.  Online condolences and donations are available at www.mdbfuneralhome.com.

To send flowers to the family in memory of Pastor Orlen Lapp, please visit our flower store.