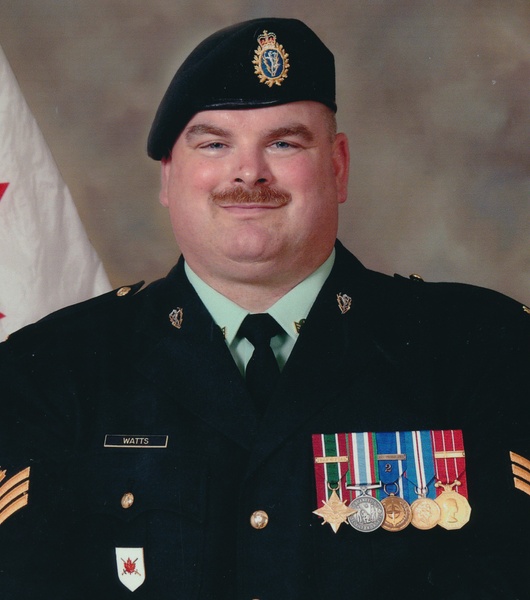 WATTS, Michael John (Retired Sergeant-CFB Petawawa) – Passed away at the Deep River & District Hospital, on Wednesday, October 5, 2022, at the age of 64 years.

Visitation at the Malcolm, Deavitt & Binhammer Funeral Home, 141 Renfrew St., Pembroke, on Thursday, October 13 from 2:00 till 4:00 & 7:00 till 9:00 p.m. Funeral Service in the chapel at 11:00 a.m. on Friday, October 14, 2022. Interment at St. Columba's Catholic Cemetery. A reception to follow at the Chalk River Lions Club, 11 Kellett St. Arrangements entrusted to Malcolm, Deavitt & Binhammer Funeral Home, Pembroke. As an expression of sympathy, donations to the Canadian Cancer Society or Canadian Diabetes Association are appreciated. Online donations/condolences are available at www.mdbfuneralhome.com
To send flowers to the family in memory of Mike Watts, please visit our flower store.
In memory of Mike Watts, please consider making a donation to one of the following charities: