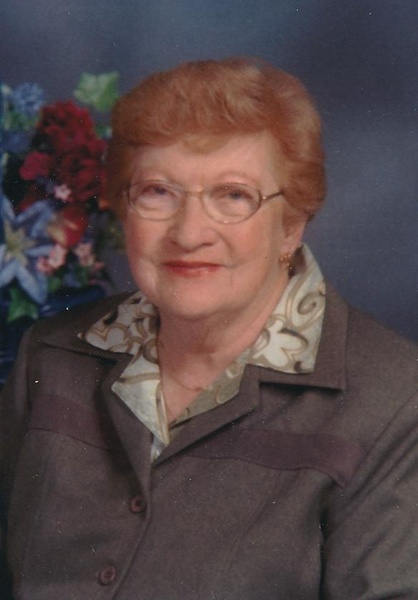 Wallace, Merrill (Retired Hairstylist & Bookkeeper House of Wallace & Hairloom) Passed away at the Queensway Carleton Hospital on Saturday October 15, 2016 at the age of 92 years. Dear mother of the late Gordon Wallace (Mary), Saskatchewan, and the late Carl Wallace (Diane). Grandmother of Jacqueline Watt (Graham), Wilfred Wallace (Allison), Susan Wallace (Ryan), Rebecca Borisnkoff (Evan) and Nigel Daigneault. Great-grandmother of 9 and 1 great-great-grandchild. Daughter of the late Wilfred and Elizabeth Bennett. She will be missed by her nieces and nephews especially Stephen. A memorial service will take place in the Malcolm, Deavitt and Binhammer Funeral Home chapel on Wednesday October 26, 2016 at 10:30 a.m. In lieu of flowers donations to the Canadian Cancer Society or the Ontario SPCA - Renfrew County Animal Centre would be appreciated. Online donations and condolences may be made at www.mdbfuneralhome.ca.
To send flowers to the family in memory of Merrill Wallace, please visit our flower store.