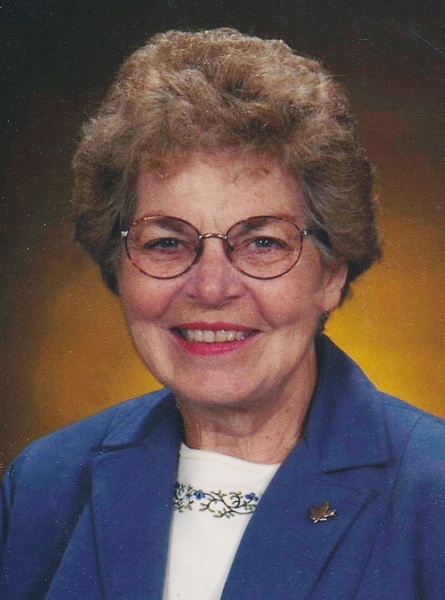 In Loving Memory of Marianne Lilith Clark 1937 - 2018 Marianne Clark (nee Wilson) passed away on Monday, September 17, 2018, at Miramichi Lodge, Pembroke, after a long battle with Alzheimer’s. She was the beloved wife of Howard Clark, and dear mother of Diane (Ian MacLachlan) of Lethbridge, AB, and of Darlene Sinnott (Patrick) of Toronto. Marianne had a special relationship with her only granddaughter, Kathleen.

She will be fondly remembered by Howard's siblings, Bessie Johnstone (Jim) of New Glasgow, NS; Barbara Kleinsteuber, Carolyn Mitchell, and Marilyn Clark, of West Lake ON; Mac Clark (Donna) and Ken Clark (Connie) of Wellington ON; and Sylvia Currie (Patrick) of Renfrew ON, and their families. She is also fondly remembered by the families of Howard's siblings and their spouses who predeceased her, Jack Clark (Theresa); Gladys Miller (Wilfred); and Thelma Mathews (Derek).

Marianne spent her childhood in Wellington, ON and was predeceased by her parents, Earl and Mary Wilson (nee Grass), and her brother Richard. As a teenager, Marianne moved to Toronto to attend business college. Introduced to each other by mutual friends, Marianne and Howard wed on Dec. 15, 1956. During the first three decades of their marriage, Howard's military career meant that they called many places home: Petawawa ON (twice); Picton ON, Germany (twice), Oakville ON (twice), Gagetown NB, and Carrying Place ON. The frequent moves, and the family's numerous trips, both in North America and in Europe, were well-planned, eagerly-anticipated adventures, thanks to Marianne's superior organizational skills, her calm demeanour, and her willingness to set off anywhere with Howard by her side.

In retirement, Howard and Marianne moved yet again, first to Belleville ON and then to Pembroke, as they transitioned into a new yearly cycle: winter in Florida 1989-2015; spring in their Pembroke condo; summer at their cottage on the Ottawa River, and road trips West almost every fall, 1989-2008. They also made wonderful memories on their retirement journeys to Japan, Thailand, Mexico, Scotland, and England. As Marianne's vision and memory declined, she was cared for with great devotion by Howard.

Howard, Diane and Darlene are grateful to the staff of Miramichi Lodge for their attentive care of Marianne over the past two years.

Visitation will be held at the Malcolm, Deavitt & Binhammer Funeral Home, 141 Renfrew St., Pembroke on Thursday, September 20, 2018 from 2-4 & 7-9 p.m.  A Funeral Service will be held in the chapel on Friday at 10:00 a.m. followed by a reception.  Interment in The National Military Cemetery at Beechwood Cemetery, Ottawa on Friday at 2:30 p.m.  If so desired, donations in Marianne's memory may be made to Miramichi Lodge Foundation or to the Dementia Society of Ottawa & Renfrew County (formerly Alzheimer's Society).  Online donations and condolences are available at www.mdbfuneralhome.com.

To send flowers to the family in memory of Marianne Lilith Clark, please visit our flower store.