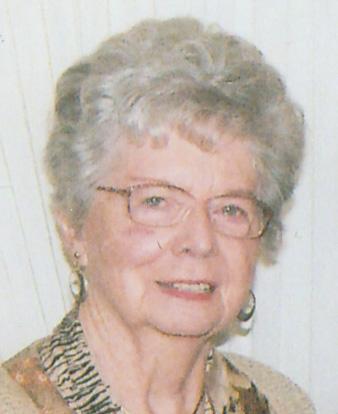 MARGARET MAY (CLEMENT) WILSON, UE - passed away peacefully at Caressant Care, Cobden on Saturday, June 10, 2017 in her 96th year.   Margaret Wilson, formerly of Vanessa, ON, wife of the late Donald J. Wilson (1999). Daughter of the late James and Abbie Clement (nee McCoy).  Sister of the late Wray Clement (the late Aileen), the late Harold Clement, the late Marian Hyde (the late Ted), sister-in-law of Betty Mawhiney (the late Bill) and Willa Wilson (the late Robert).  Survived by step-daughter Victoria "Vicki" Wilson and step-son David (Marybeth) Wilson; grandchildren Andrew (Anna), Christopher (Meghan), and Amanda, and five great-grandchildren. Margaret was Past President of The United Empire Loyalists, London Branch, Past President of the Bell Collectors of Ontario, and a Member of the Huguenot Society of Canada.  At Margaret's request, there will be a simple graveside service at Delhi Cemetery, Delhi, Ontario, Thursday, June 15, 2017 at 2:00 p.m.  As an expression of sympathy, donations to Colborne Street United Church, London, ON or the charity of your choice.  Arrangements entrusted to the Malcolm, Deavitt & Binhammer Funeral Home, Pembroke.  Online donations/condolences are available at www.mdbfuneralhome.com.

To send flowers to the family in memory of Margaret May Wilson, please visit our flower store.