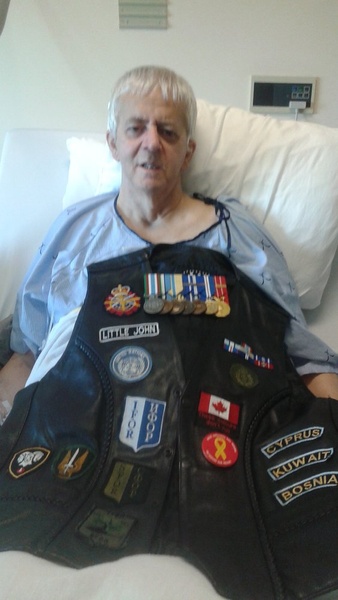 Kalincak, Lawrence John – passed away peacefully at the Pembroke Regional Hospital on Monday, November 25, 2019 at the age of 63 years.

John was a dedicated member of the Canadian Armed Forced for 28 years, his career was mainly involved as a signal operator.  He was passionately involved with St. John’s Ambulance, and especially loved teaching First Aid.  He created a special bond with fellow members of the Upper Ottawa Valley Veterans UN-NATO Canada.

Respecting John’s wishes, cremation has taken place.  A celebration honouring John’s life will be held at Carefor Mackay Centre, 700 Mackay St., Pembroke on Sunday, December 1, 2019 from 1-4 p.m.  Spring interment of ashes in Wesley United Cemetery, Pembroke.  Arrangements entrusted to the Malcolm, Deavitt & Binhammer Funeral Home.  As an expression of sympathy, donations to the Kidney Foundation, Canadian Cancer Society or the OSPCA would be appreciated. Online donations/condolences are available at www.mdbfuneralhome.com.

To send flowers to the family in memory of John "Larry" Kalincak, please visit our flower store.