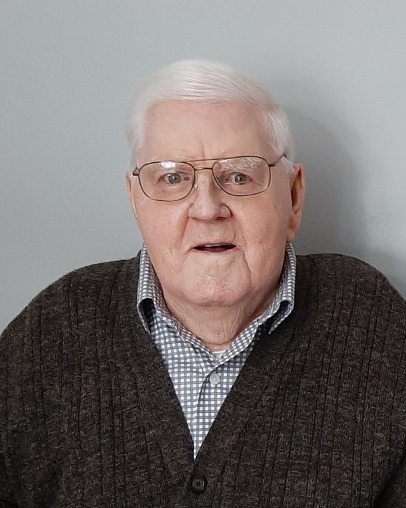 CAMERON, John “Red” Joseph Angus – It is with saddened hearts that we announce the death of John “Red” Cameron on December 27, 2022, at Marianhill Palliative Unit with family by his side in his 92nd year.

John joined the Armed Forces in 1949, where he did tours in the Korean War, Germany, Whitehorse, Egypt, Gagetown, and Petawawa, retiring in 1976 as a Warrant Officer. John “Red” having the trade of vehicle mechanic went into business establishing Red’s Garage & Auto Parts and Petawawa Taxi. Upon his second retirement at 75, Red enjoyed gardening, woodworking, and spending time with his family. He especially enjoyed fishing and going to his son’s camps.

Memorial visitation will be held at Malcolm, Deavitt & Binhammer Funeral Home, Pembroke, on Saturday, January 7, 2023 from 1:00 until 3:00 p.m., followed by a memorial service in the chapel. Spring interment in Zion Lutheran Cemetery. The service will be live streamed via this link https://event.forgetmenotceremonies.com/ceremony?c=c1c5908d-52d9-4606-9dda-7427b9cd8246 Arrangements entrusted to Malcolm, Deavitt & Binhammer Funeral Home, Pembroke. As an expression of sympathy, donations to a charity of your choice is appreciated. Online condolences/donations are available at www.mdbfuneralhome.com

To send flowers to the family in memory of John "Red" Cameron, please visit our flower store.