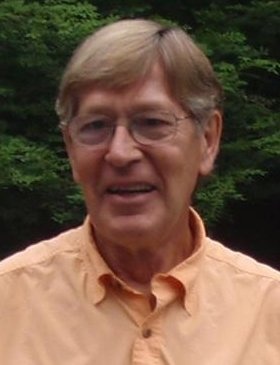 We are deeply saddened to announce the death of LCol (Retd) John Allan Hanson, MSW.  John passed away on February 22, 2019, at the age of 78 years.

Originally from Ottawa, John served as a member of the Canadian Armed Forces with postings across Canada and Europe, eventually becoming the head of Social Work Services for the entire military. Following his retirement, John continued to work as a civilian social worker both on CFB Petawawa and in private practice. In keeping with his many passions, John combined his professional skills and love of the Muppets to become a volunteer puppeteer and educator with the Friends and Neighbours Puppet Program, helping children in local schools learn about mental and physical health.

John was affable, personable and made friends wherever he went. He was known and loved for his intelligence and ability to tell a great story. Well read, John's quick wit and sense of humour never came at the expense of anyone else. As a great lover of music even from a young age, he travelled extensively with the Canadian Forces Europe Pipe and Drum band as a drummer, was a long-time member of the Pembroke Musical Society and a faithful member of his church choir.  John loved listening to CBC Radio and was also a host of the radio program, The Wax Museum in Lahr, Germany. John was physically active throughout his life and this was no doubt the reason why he never looked his age. He was not an attention seeker, yet people were automatically drawn to him no matter the occasion. The women in his life can attest to the fact that he was supportive of them in pursuing even the most challenging endeavours and proudly broadcast their accomplishments to anyone within hearing range.

A Memorial service will be held on Saturday, March 16, 2019, at 11:00 a.m. at Holy Trinity Anglican Church, 68 Renfrew St., Pembroke, Ontario. Reception to follow at the church. A Celebration of Life will be announced at a later date.  Arrangements entrusted to the Malcolm, Deavitt & Binhammer Funeral Home, Pembroke.  In lieu of flowers, donations can be made in John's name to the Petawawa Military Family Resource Centre (www.cafconnection.ca/Petawawa).  Online donations/condolences are available at www.mdbfuneralhome.com.

To send flowers to the family in memory of John Hanson, please visit our flower store.