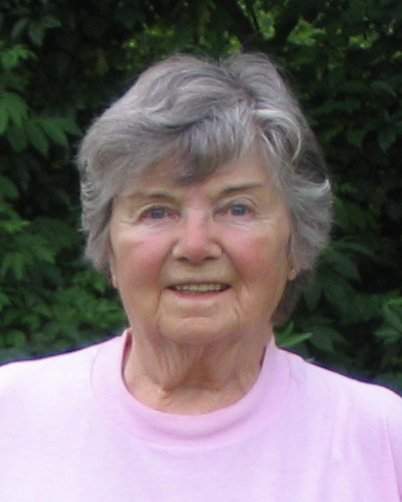 We are saddened to announce the passing of our beloved mother, grandmother and great-grandmother, Heather May (Ollis) McCurdy of Pembroke, at Pembroke Regional Hospital in Pembroke, Ontario on December 24, 2018, peacefully, with family at her side.  She was born in Ash Vale, England on April 7, 1923, to Cyril and May Ollis. She came to Canada as a war bride in 1946.

Heather was a foster parent for the Windsor Children’s Aid Society for many years, fostering over 500 newborns, children and troubled teens.  While doing so, Heather achieved a B.A. in Sociology and Psychology from the University of Windsor in 1972, a B.S.W. in 1975, and took additional courses from St. Clair College in Windsor and Queen’s University, Kingston.  She was a member and former proctor of Mensa Canada, a member of the Ontario Professional Social Workers, Ontario College of Certified Social Workers, and the Senior Citizens’ Drop-in and Activity Center, Pembroke.  Heather held life memberships in Eastern Star, Alexandrine Chapter #14 (now Windsor-Bethel 320 O.E.S.), Family and Children’s Services, Renfrew County, and Community Living, Upper Ottawa Valley.

She lived a full and active life and, with her sister Mickey journeyed, through Europe, Africa, Asia, South America and many parts of North America including Alaska and the high Arctic.

Heather was one of 20 Ontario seniors selected to receive Ontario Senior Achievement Awards for 2003 and was honoured at a Queen's Park ceremony attended by both the Lieutenant Governor James K. Bartleman and the Minister Responsible for Seniors John Gerretsen. The Ontario Senior Achievement Awards are presented annually to recognize and honour outstanding seniors over 65 who have made significant contributions to their communities.

Heather was an outstanding gardener who, despite her fear of worms, created beautiful living works of art in Windsor and Pembroke.  A talented artist in watercolour, for many years she sent out Christmas cards to family and friends of winter scenes from The Farm, her home for many years.

Special thanks to the staff of Pinewood Retirement Residence and Pembroke Regional Hospital for their kind and compassionate care.

Cremation has taken place, and a memorial service will be held in the Chapel of the Malcolm, Deavitt & Binhammer Funeral Home, Pembroke on Saturday, April 27, 2019 at 11:00 a.m.  Interment at St. George’s Anglican Church Cemetery, Pembroke, Ontario.  In lieu of flowers, donations may be made to St. George’s Anglican Church, Pembroke, or to a charity of your choice. Online donations/condolences are available at www.mdbfuneralhome.com.

To send flowers to the family in memory of Heather May McCurdy, please visit our flower store.