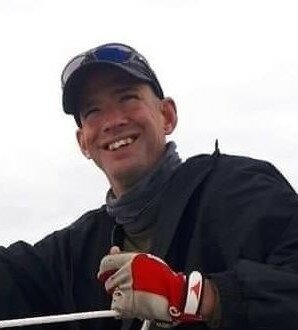 McCARTY, Gordon Sean Alexander – Passed away suddenly at his home in La Passe village on Wednesday, February 23, 2022 at the age of 34 years.

Taken too soon at the age of 34. A hard-working family man with ambitions and goals that he was fulfilling. Three young children and a beautiful wife that were his world.  He bought an old sailboat a few years back and spent a lot of hours fixing her up to be seaworthy. Lazy Knots is what he named her.  He and his family spent many memorable moments aboard her. A framer, house builder, carpenter by trade, he then decided his next project would be to build his own house.  After securing some lakefront property, that’s exactly what he did. Mostly with his own two hands, but not without his whole family hands on.  In his youth he enjoyed running, baseball and curling.  He also loved the outdoors, hiking and canoeing with his family.  A most likeable young man with the greatest smile. He will be sorely missed by all of us.

Respecting Gordon’s wishes, cremation has taken place.  A Celebration of Life will be held at Our Lady of Mount Carmel Parish Hall, 79 LaCroix Bay Road, La Passe (Westmeath) on Saturday, June 11, 2022 from 1:00 to 5:00 p.m.  Memory sharing at 3 p.m.   Arrangements entrusted to Malcolm, Deavitt & Binhammer Funeral Home, Pembroke.  As an expression of sympathy, donations to GoFundMe would be appreciated. Online donations and condolences are available at www.mdbfuneralhome.com.

To send flowers to the family in memory of Gordon McCarty, please visit our flower store.

Our Lady of Mount Carmel Hall