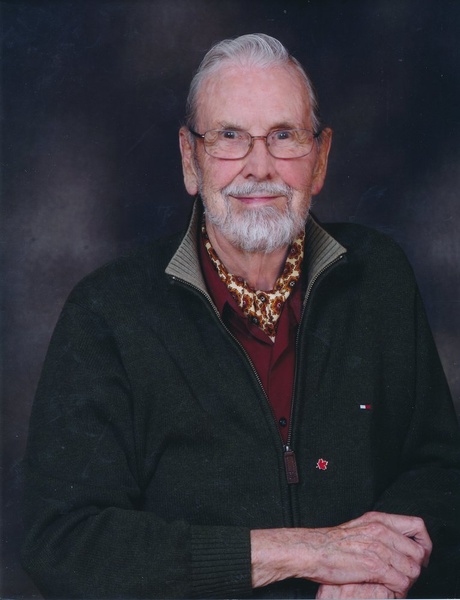 Gordon Holroyd of Pembroke, beloved husband of the late Jennie Holroyd (nee Brown). Predeceased by his treasured daughter Tanya, his parents Albert & Hilda (nee Townson) of Lancaster, England, as well as brothers Ron and Lance. Loving father of Paul (Shelley) &  Jill (Walter) . Proud Grandad to Amanda, Langdon, Helena and Jessica. Uncle to many nieces and nephews in the UK and Canada.

Gordon emigrated to Canada in 1952 to work as a civil engineer on major projects including the Chalk River Atomic Energy plant, St. Lawrence Seaway, Icefields Parkway, and Burlington Skyway. He later became a mathematics teacher, first at Vincent Massey Collegiate in Etobicoke, then, starting in 1971, at Fellowes High School in Pembroke, where he served as department head.

Pembroke would become home for the rest of his life. He enjoyed canoeing, golfing, and working on his (many) properties in and around town. But of all his activities, he was proudest of giving back to the community through his decades-long involvement with Kiwanis.

Gordon’s lifelong passion was travel. He visited more than 30 countries on four continents over more than 70 years of adventures. Gordon traveled light, whether he was backpacking around the world or road tripping in his legendary van with the custom-made bed. He loved few things better than packing a small case and hitting the road for months at a time on his own timetable, or grabbing his carry-on and flying to New Zealand for the winter.

Gordon spent his final years at Supples Landing (overlooking his beloved Ottawa River) and Marianhill. His family is grateful to the staff at both facilities, as well as his personal support workers, for their ongoing care and professionalism.

In accordance with Gordon’s wishes, following cremation, interment of ashes will take place at Wesley United Cemetery at a later date.  As an expression of sympathy, donations to Kiwanis Club of Pembroke or Doctors Without Borders are welcomed. Arrangements entrusted to Malcolm, Deavitt & Binhammer Funeral Home, Pembroke. Online donations/condolences are available at www.mdbfuneralhome.com

With us through our days,

Of beauty and love,

For that’s where life lays.

To send flowers to the family in memory of Gordon Holroyd, please visit our flower store.