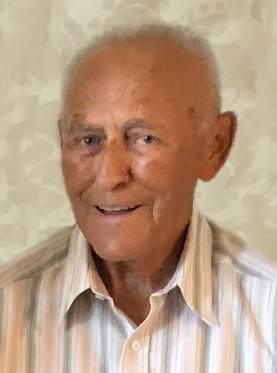 Loving husband of Jessie Butler (nee Ferguson).  Dear father of Shirley Lastiwka, Gloria (Alex) Bergsma, Connie (Dan) Moreau and Stewart (Brenda) Ferguson.  He will be missed by his many grandchildren and great grandchildren.  Son of the late Gordon and Viola Butler.

Arrangements entrusted to the care of the Malcolm, Deavitt and Binhammer Funeral Home, Pembroke.  Cremation has taken place.  Upon the passing of Jessie they will be reunited in interment at Calvin United Cemetery.  In lieu of flowers donations may be made to the Kidney Foundation.  Online condolences and donations may be made at www.mdbfuneralhome.com

To send flowers to the family in memory of Gordon Fredrick Butler, please visit our flower store.