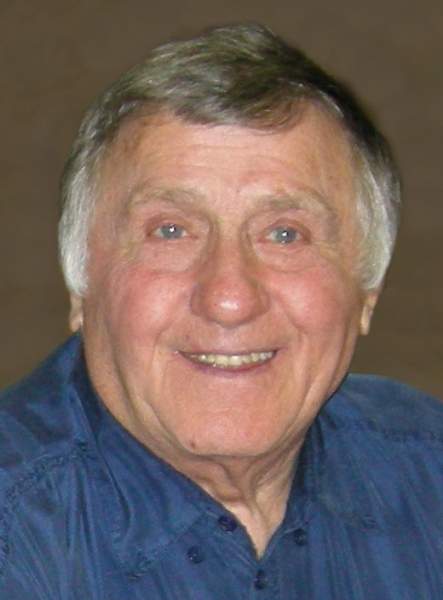 Sad, but grateful for a life well lived, the family of George Nayduk, announce his passing. He died unexpectedly of cardiogenic shock at the Pembroke Regional Hospital, with family by his side.  He leaves behind his loving (but bossy!!) wife of 61 years, Beatrice, his children, Derrick, Midland, ON, Debbie (Rob Timpson), Pembroke, ON, Wanda (Michael Jack), Barrie, ON, foster daughter, Patricia Jack, Barrie, ON, and family by choice, Lisa Vachon Drent, Edmonton, AB, and Michael Vachon, Kapuskasing, ON.  He also leaves behind his special in-laws, Laurainne and Gerald Cenerini, Elmvale, ON. He was predeceased by his parents, some siblings, and leaves behind 4 sisters, 2 brothers, nieces, nephews, in-laws, and a wide circle of friends.  The family is grateful for the excellent and compassionate emergency care he received by the EMS team and Pembroke Regional Hospital’s staff and physicians.  Raised in Benito, MB, he spent most of his adult life in Kapuskasing. He loved living in Northern Ontario tremendously, enjoying the opportunity to fish, hunt, and spend time outdoors.  Even after moving to Midland, ON, he enjoyed his regular visits to Kap where he hunted and fished with Terry Riopelle and other buddies.  He had a 44 year long career with Ontario Hydro as a linesman and claimed that it was the best job in the world.

His Christian faith and church life were important to him, as was his volunteer work at Midland’s drop in centre and The Guest House Shelter. Therefore, as an expression of sympathy, the family requests that any donations made on his behalf be directed to St. Paul’s Church or the Guest House Shelter both in Midland, ON.  Celebrations of George’s life will be held in Midland, ON, as well as Kapuskasing, ON in the spring, when winter ends and travelling conditions are more favourable.  Arrangements entrusted to Malcolm, Deavitt & Binhammer Funeral Home, Pembroke.  Online condolences and donations are available at www.mdbfuneralhome.com.

To send flowers to the family in memory of George Nayduk, please visit our flower store.