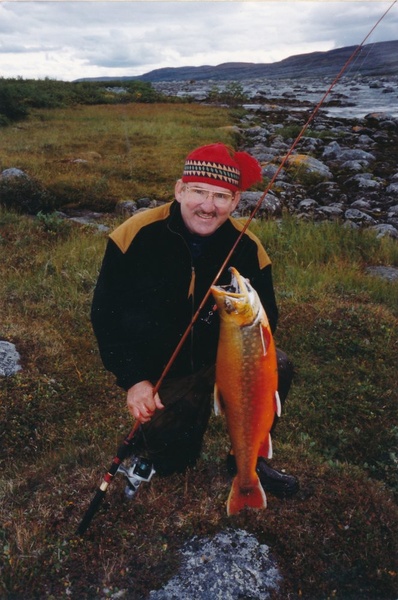 JŪRMALIETIS, Dr. Bruno – Passed away suddenly but peacefully with family by his side at the Pembroke Regional Hospital on Wednesday, June 10, 2020 at age 86.

Bruno was born on February 26, 1934 in Riga, Latvia to Arvids and Lilija Jūrmalietis.  His father was a successful businessman and also an elite athlete.  He was the Heavyweight Weightlifting champion and record holder of Latvia, and competed in the 1936 Berlin Summer Olympics.  Bruno’s parents had a home in the capital city of Riga, and a summer estate in neighbouring Jūrmala on the Gulf of Riga of the Baltic Sea.  Bruno experienced a wonderful childhood in Latvia, with lazy fun-filled summers, as a child should have.

In 1944, with the impending Soviet invasion of Latvia, Bruno and his parents fled to Germany.  Soon after their arrival in Germany, Bruno’s sister Silvija was born.  The family endured the hardships of war, with the scarcity of food, basic necessities, etc.  Bruno developed a deep appreciation of many of the “everyday things”…and little things…that most people take for granted today.

In 1948, the Jūrmalietis family immigrated to Canada and settled in Petawawa, Ontario.  Bruno received his early education in Latvia and Germany, and completed his high school education in Pembroke, Ontario.  He graduated from the Faculty of Dentistry at the University of Toronto.

Bruno loved practising dentistry and seeing his patients.  Continuing education was always a priority.  He attended the dental conventions in Toronto every year, took many courses, and was keen on having the latest state of the art equipment in his dental office.

Bruno loved to fly, and owned numerous aircraft over the years.  He had flown his aircraft from the Atlantic to the Pacific to the Arctic Ocean, and the Caribbean.  His favourite fishing was for Arctic Char in the Ungava Bay district, to which he would always fly in his own aircraft, usually accompanied by other flying buddies in their planes.  Bruno was also one of the founders and the Vice-President of the former local commuter airline “Pem-Air”.

Bruno’s father played the piano and accordion, and Bruno learned to play the piano and accordion from him when he was a boy.  This love and talent for music continued with Bruno his entire life.  In high school he played the euphonium in the band, sang in a male quartet, and acted and sang in the lead role in two operettas.  He enjoyed attending musical productions and concerts.  He took his wife and children to many productions at the National Arts Centre in Ottawa, and attended various musical performance venues in Toronto when in the city for dental conventions.  Bruno was extremely musical and played his music with a special touch, as did his father Arvids on the piano and accordion, his sister Silvija on the piano, and other relatives on various instruments.  They made beautiful music as individuals and playing together.  There were many sing-alongs at family get-togethers, parties (Bruno was invited to many parties to play the accordion), and special occasions.  Bettyanne and Bruno would perform magnificent duos together with Bettyanne playing the piano and singing and Bruno playing the electric organ.  All three of Bruno’s children played the piano, as well as Robert the trumpet, euphonium, and accordion, Liane the violin, clarinet, and organ, and Heidi the violin and saxophone.  As children and teenagers, Bruno would play either the piano, electric organ, or accordion with the children playing other instruments together as a group in church, the Germania Club, and at various special functions.

Bruno’s other interests (past and/or present) included boating, sailing, canoeing, fishing, hunting, snowmobiling, down-hill skiing, swimming, football and track and field in high school, dancing (waltz, foxtrot, polka, etc.), photography, reading, current affairs, discussion and debate, telling jokes (he loved to laugh!), being a good sport and kidding around, the Kiwanis Club, the Germania Club, and travel.  He visited many countries around the world, and took many trips back to his native Latvia after it regained it’s independence from the Soviet Union in 1991.  He took many of his close family members at different times, and always visited with his Latvian Balodis cousins each time he went to Latvia.  He was fluent in Latvian, German, and English.

“Jūrmala” is Latvian for “seaside”.  The Latvian name “Jūrmalietis” (in English pronounced “YOOR-MAH-LEE-TIS”) means “seaside resident”.  Bruno always felt an affinity for the water, whether it was a sea, an ocean, a river, a lake, a stream, or a pond.  His home in Petawawa, since 1979 until his passing, was on a property he named “Grandview”, located on the Ottawa River with a magnificent view of the Laurentian Mountains.  So the meaning of his surname, “Jūrmalietis”, suited him well.

Growing up, Bruno liked to be active, for example hiking in the woods and swimming.  He found relaxation in nature as a youth, which continued for the rest of his life.  If he could not go outside, he loved to sit in a rocking chair in the house and gaze at the view of the Ottawa River and the Laurentian Mountains.

The Jūrmalietis family has a tradition started by Bruno’s father, Arvids, of being an eagle.  Arvids had a favourite saying: “Fly like an eagle!  Fly high!”, which meant feel free, the sky is the limit, be adventurous, and confident at taking risks.  Arvids was the first “old eagle” in the family, and until he passed, Bruno was the last “old eagle” in the family.  Bruno was passionate about the eagle motif.  He had numerous carvings, paintings, etc. of eagles in his home, and he often talked about being “the old eagle”.

Bruno had a tough side, and also a very soft, sentimental side.  Those who knew him well would see him get teary-eyed.  He could be firm, but he could also have a heart of gold.  The people who loved him will never forget the kindness and generosity he showed.

Please see the slideshow as a visual tribute to Bruno.

Please listen to the attached music as an audio tribute to Bruno.

My Way (sung by Frank Sinatra).  This was one of Bruno’s favourite songs.

Manai dzimtenei (Latvian for “To My Homeland”).  This was Bruno’s favourite Latvian song.

Autumn Leaves (sung by Eva Cassidy and mixed with the London Symphony Orchestra).  The video is beautiful and poignant. https://www.youtube.com/watch?v=XTkUplF5VIE

Par to (Raudāja māte...) – (Latvian for “About it (Crying mother ...)”.  This was one of Bruno’s favourite songs.  He always got teary-eyed when he heard it.  It’s about the sadness of life not being infinite.

Latvian lyrics with the meaning translated to English

Cremation has taken place.  Online condolences are available at www.mdbfuneralhome.com.

To send flowers to the family in memory of Dr. Bruno L. Jūrmalietis, please visit our flower store.