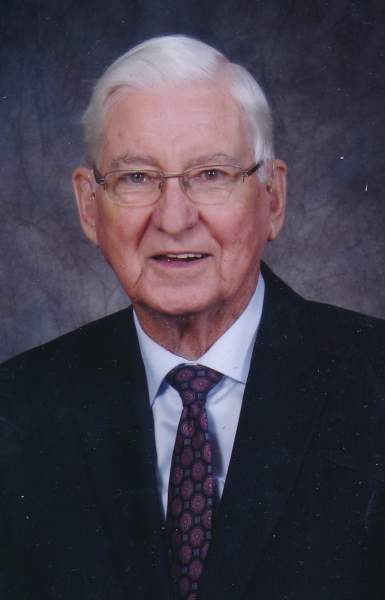 Donald Paul Scott, age 87, passed away peacefully at his home in Pembroke, Ontario surrounded by his family on April 24, 2018.

Born on October 25, 1930 in Cobden, Ontario, Don had a full and rewarding career with City Hall Pembroke starting off as a clerk, and eventually working his way up to the role of Clerk Treasurer. In 1976 he took the brave step in his career to become the Business Administrator at the Renfrew County and District Health Unit, where he retired.  On August 21, 1954 he married his first love Kay Rumley and together, they had three children - David, Marsha and Deb. And on October 15, 1982, he wed his soul mate Doris Robertson and welcomed Karen to the family.

Don loved all facets of the culinary arts, from list making, to grocery shopping, to cooking and eating.  He delighted in gardening, reading, drinking single malt scotch, stamp collecting, vacationing with family, feeding the birds, and spending time with family, friends and his many loyal dogs over the years. He was an active choir member - both in the Holy Trinity Anglican Church for decades and alongside his close buddies in 'the Intermittents'.  He is survived by his beloved wife of over 35 years, Doris Robertson, son David (Deb), and daughters Marsha (Steve Meldrum), Deb (Linda Joyce) and Karen Robertson (Robert Therrien); 7 grandchildren, Dylan (Kris), Christopher, Trevor (Meaghan), Patrick (Val), Daniel (Alyssa), Stephen (Ilina) and Mylène, six great grandchildren, as well as many loving nieces and nephews. Don was pre-deceased by his first wife Kay and his adoring brothers Bun and Jack. Most heartfelt thanks to Bayshore Home Health’s exceptional nurses and personal support workers.

The family will greet friends and family at Malcolm, Deavitt and Binhammer Funeral Home 141 Renfrew St., Pembroke from 2-4 and 7-9 pm on Sunday, April 29. A Memorial Service will be held on Monday, April 30 at 11am in Holy Trinity Anglican Church at 68 Renfrew St., Pembroke. Burial will follow in the spring. In lieu of flowers, donations to the Peritoneal Dialysis Unit at Renfrew Victoria Hospital and the SPCA would be appreciated.  Online donations and condolences may be made at www.mdbfuneralhome.com

To send flowers to the family in memory of Donald Paul Scott, please visit our flower store.