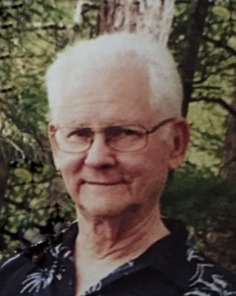 Rikley, Donald (former Director of Education for the Renfrew County District School Board) – passed away peacefully with his loving wife by his side on Thursday, December 29, 2022 at the age of 90 years.

Don grew up on a farm near Wallbridge, Ontario and began his teaching career in a one room schoolhouse.  He was a dedicated teacher and rose to become Director of Education for the Renfrew County District School Board.  He advocated for all children and especially those with special needs.  He was also committed to improving the lives of people within his community through his service with the Kiwanis Club (past president) and worked as a school board trustee.

Don was a beloved father and grandfather. He was a Life Master bridge player and passed on his love and knowledge of the game to his children and grandchildren.  He was an accomplished artist with a hundred plus works of art in latex and oil paints.  Despite a stroke, he continued painting until 2020.  Several paintings are on display at the family cottage, (that he built), where upon arrival the bridge table would be set up ready for anyone who wanted to play.  After retiring he started planning the build of their retirement home out Mud Lake Road area.  He and Denise lived there for many years before moving to Riverview Heights Retirement Residence in 2019 where he recently passed away. He will be dearly missed.  We would like to thank the staff at RiverView Heights for their excellent and extended help looking after our parents over the last few years.  Much Appreciated!

Respecting Don’s wishes, cremation has taken place.  A small private family memorial service will be held in the near future, with a public service for extended family and friends at a later date in the spring.  Arrangements entrusted to the Malcolm, Deavitt & Binhammer Funeral Home, Pembroke.  As an expression of sympathy, donations to the Ottawa Heart Institute, Cancer Society, or any charity of your choice would be appreciated.

In memory of Donald Rikley, please consider making a donation to one of the following charities: