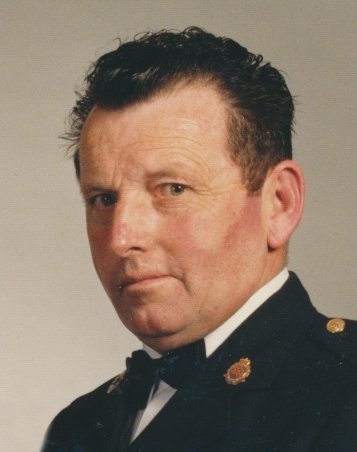 DUNHAM, Clifford Arthur – passed away peacefully at Marianhill, Pembroke on Saturday, December 28, 2019 in his 83rd year. Clifford Dunham of Pembroke, beloved husband of 51 years to the late Barb Dunham (nee Burridge). Loving father of Cliff Dunham (Norma), Suzanne Peddle (Rick) & late infant son David. Cherished grandfather of David, Arick (Olivia), Ashley (Colt) & Aysiah; and great-grandpa to Emmett & Cameryn. Son of the late Charles & Erma Dunham, and brother of Helen. Predeceased by siblings Audrey (late Ray), Charles (late Madeline), Lillian (late Kenny), Robert (Delores), Bruce (Patricia), Vernice (late Jake) and Muriel (Tom). Also survived by brother-in-law Gary Burridge, sister-in-law Doris Burridge, as well as many nieces and nephews. Born and raised in Allanburg, Ontario, Cliff went to school until grade 8, and then went on to learn the trade of butcher. This training led him to a career in the military as a cook from 1960 until retirement in 1992. He served at many bases in Europe and Canada, with Tours of Duty in Cyprus and Alert. He retired in Petawawa but continued cooking for soldiers on base with the militia until finally retiring completely to be with family and friends. Cliff was a proud member of the Royal Canadian Legion, Branch 72. Visitation at the Malcolm, Deavitt & Binhammer Funeral Home, 141 Renfrew St., Pembroke on Friday, January 3, 2020 from 2 to 4:00 and 7 to 9:00 p.m., and on Saturday from 2 to 3:00 p.m. A Funeral Service will be held in the Chapel on Saturday at 3:00 p.m. Spring Interment in Calvin United Cemetery. Members of the Royal Canadian Legion Br. 72 are requested to assemble at the Funeral Home for service on Friday at 3:00 p.m. (As an expression of sympathy, donations to the Dementia Society or the Ottawa Heart Institute would be appreciated.) Online condolences and donations are available at www.mdbfuneralhome.com.
To send flowers to the family in memory of Clifford Dunham, please visit our flower store.