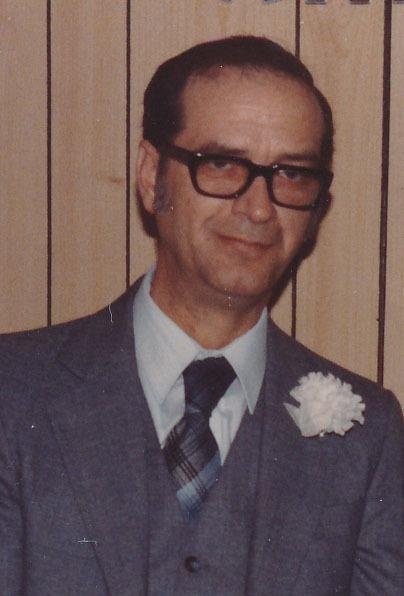 MATHIEU, Cecil Raymond - Passed away at Marianhill with his family by his side on Wednesday, January 20, 2016 at the age of 76. Loving husband of the late Eunice Mathieu (nee Wilson). Dear father of Rick Mathieu (wife Kim), Bowmanville; and Terry Mathieu (wife Anne), Pembroke. Papa to Rachel and Caleb and Grandpa to Sam and Sarah. Predeceased by grandson Travis. Son of the late Frank and Celeste Mathieu. Brother of the late Francis (Irene) Mohns, the late Geneva (the late George) Grubich and by 2nd marriage (the late Allan Mitton), the late Robert (the late Mary), the late Ronald, Murray (Shirley), Joan (Bill) Houlihan, the late Wayne (Rita), the late Kenneth (Sandy), the late Lawrence, the late Doreen (the late Stan) Nieman and Gwen (Emile) Dumouchel. Special thanks to the caring staff at Marianhill. Visitation will be held at the MALCOLM, DEAVITT & BINHAMMER FUENRAL HOME, 141 Renfrew ST., Pembroke on Friday, January 22nd, 2016 from 2 to 4 and 7 to 9 p.m. A funeral service will take place in the chapel at 11 a.m. Saturday. Interment in Greenwood United Cemetery in spring. As an expression of sympathy, or in lieu of flowers, donations to the charity of your choice would be appreciated by the family. Online condolences/donations are available at www.mdbfuneralhome.com.
To send flowers to the family in memory of Cecil Mathieu, please visit our flower store.