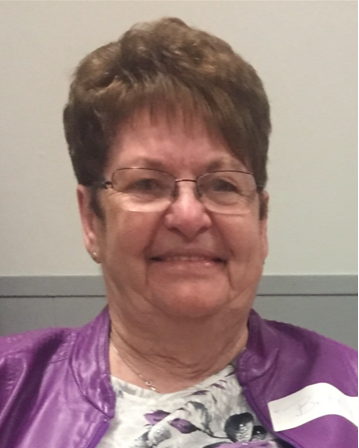 Betty was born December 21, 1934 in rural Prince Edward Island and was raised by her grandparents who she lovingly called Mama and Papa.  When they passed away she came to Pembroke with a family member and called it home ever since.

At the first of many jobs in Pembroke, the hard worker was employed at the local woolen mill where she met the love of her life, a local boy named Cecil Edwards. After a successful courtship they were married Aug 4 1956. Following the union they resided for a time with her in-laws in Pembroke before building a new house a stones throw from Herbie and Hilda Edwards to raise their expanding  family, already consisting of two girls.

In the last few years of her life she was overwhelmed with joy to discover that she had in addition to her brother Billy Murphy, she had seven more siblings Lollie, Wilbur, Russ, Georgie, Fran, Inez and the late David, plus many nieces and nephews. Swift arrangements were made for two amazing reunions, firstly in Pembroke and then PEI.

Betty’s favorite past time was indulging in a maritime invention, the “telephone”. This was her lifeline and connection to her extended family and friends from across the country from east to west and all the house visits from her many friends, neighbors and relatives who loved her dearly were immensely looked forward too.

In the early hours of October 13, 2022, Betty peacefully passed away surrounded by her loving family, she will be greatly missed!

Betty was pre deceased by her loving husband of 57 years, Cecil on October 4, 2013

A Celebration of Life will be held in the Chapel of Malcolm, Deavitt & Binhammer Funeral Home on Friday, October 21, 2022 at 2:00 p.m. Family and friends are invited to share in the service live https://event.forgetmenotceremonies.com/ceremony?c=dae42264-a196-4b57-baf8-2fa5ddd5e879

As an expression of sympathy, donations to St. Peter's Anglican Church in PEI are appreciated.

To send flowers to the family in memory of Betty Joan Edwards, please visit our flower store.