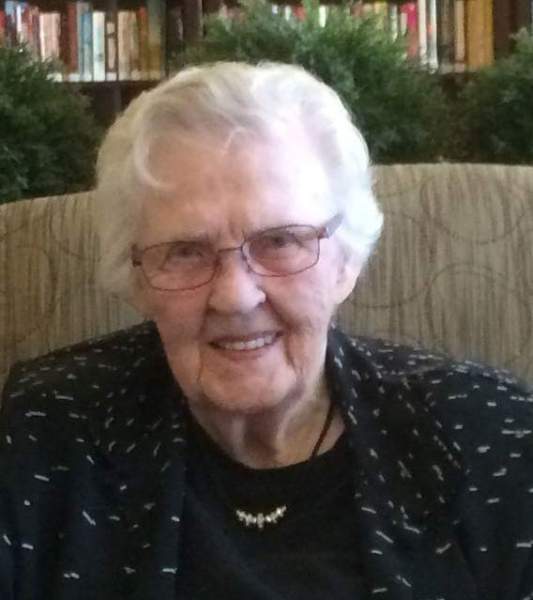 Agnes passed away in University of Alberta Hospital (Edmonton, Alberta) on June 15, 2018 at the age of 92.

Agnes McBride, formerly of Westmeath, Ontario, was the wife of the late Lester McBride, dear Mother of Lynda, Vancouver, BC; Bill (Karen), Georgetown, ON; Dan (Karen) Orillia, ON; Fern (Dan) Berendt, Edmonton, AB and Timothy, Toronto, ON; predeceased by daughter Heather. She was Grandmother to Heather and Jennifer Moore, Tamiema, Daniel and Shaelyn McBride, Philip and Rachel McBride, Morgan and Rebekah (Deol) Willard, Alexander McBride and had four great grandchildren. Agnes was the daughter of the late Daniel and Alexandra (Fraser) MacKinnon; predeceased by brother Jock MacKinnon.

A memorial service will take place at St. Stephen's Anglican Church at 930 Watson Street, Ottawa ON (K2B 6B9), on Saturday, August 25, 2018 at 10:30 AM. Internment of the cremated remains will take place in Westmeath Union Cemetery on Sunday, August 26 at 2:30 PM with a reception to follow at St. Andrews United Church adjacent to the cemetery. In lieu of flowers, donations made to Westmeath Union Cemetery would be gratefully accepted. Online condolences and donations may be made at www.mdbfuneralhome.com.

To send flowers to the family in memory of Agnes McBride, please visit our flower store.